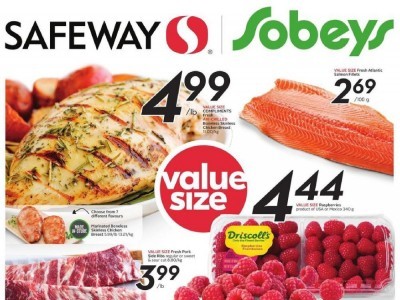 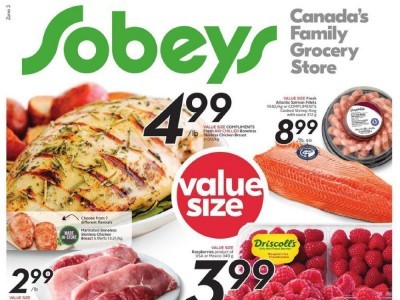 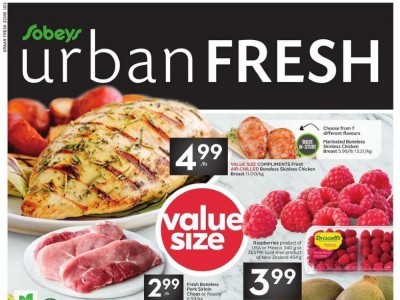 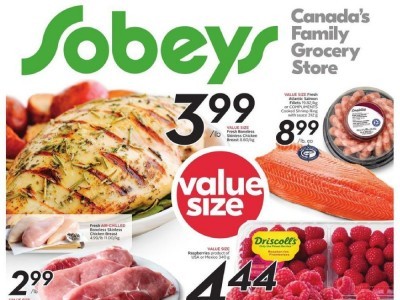 Sobeys was founded in 1907 by Mr. Sobeys in Nova Scotia, Canada. He started delivering meat. Step by step he enlarge products which he had offered his customers. In 1924 his son decided to established their first grocery shop. Sobeys opened their first self-serve shop in 1949. Than Sobeys had expanded around Atlantic part of Canada. Since that time the retailer upgraded their services up to e-commerce grocery.

When you download a Sobeys app into your mobile phone, you can make online shopping list directly from the current Sobeys flyer or you can make it in pc and print it. Thanks to it your shopping be faster and you will save not only money but even time.

What you can buy in Sobeys?

There are these departments: bakery, meat, produce, seafood, cheese and deli, kitchen, grocery and pharmacy. Each department has lot of categories.

Get savings with AIR MILES Cash, when you shop groceries at Sobeys you will collect points to redeem for rewards like travel, merchandise and more. Earn 2 reward miles for every $20 you spend at the Sobeys stores, plus earn reward miles everywhere else MasterCard is accepted, when you pay with your BMO Sobeys AIR MILES MasterCard. 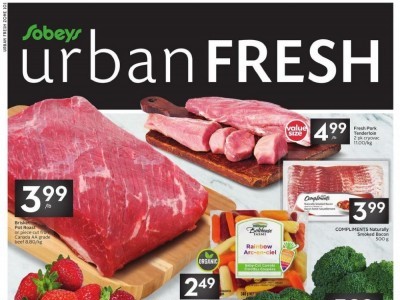 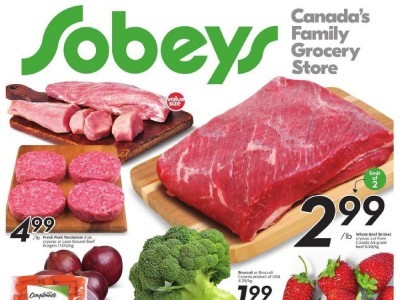 What do customers think about Sobeys flyers and deals?

There are no reviews yet.

Discuss flyers and deals of Sobeys and share your opinion.

Find other stores with Flyers